Aluminium Frame for National Centre for the Performing Arts

Aluminium Frame for National Centre for the Performing Arts 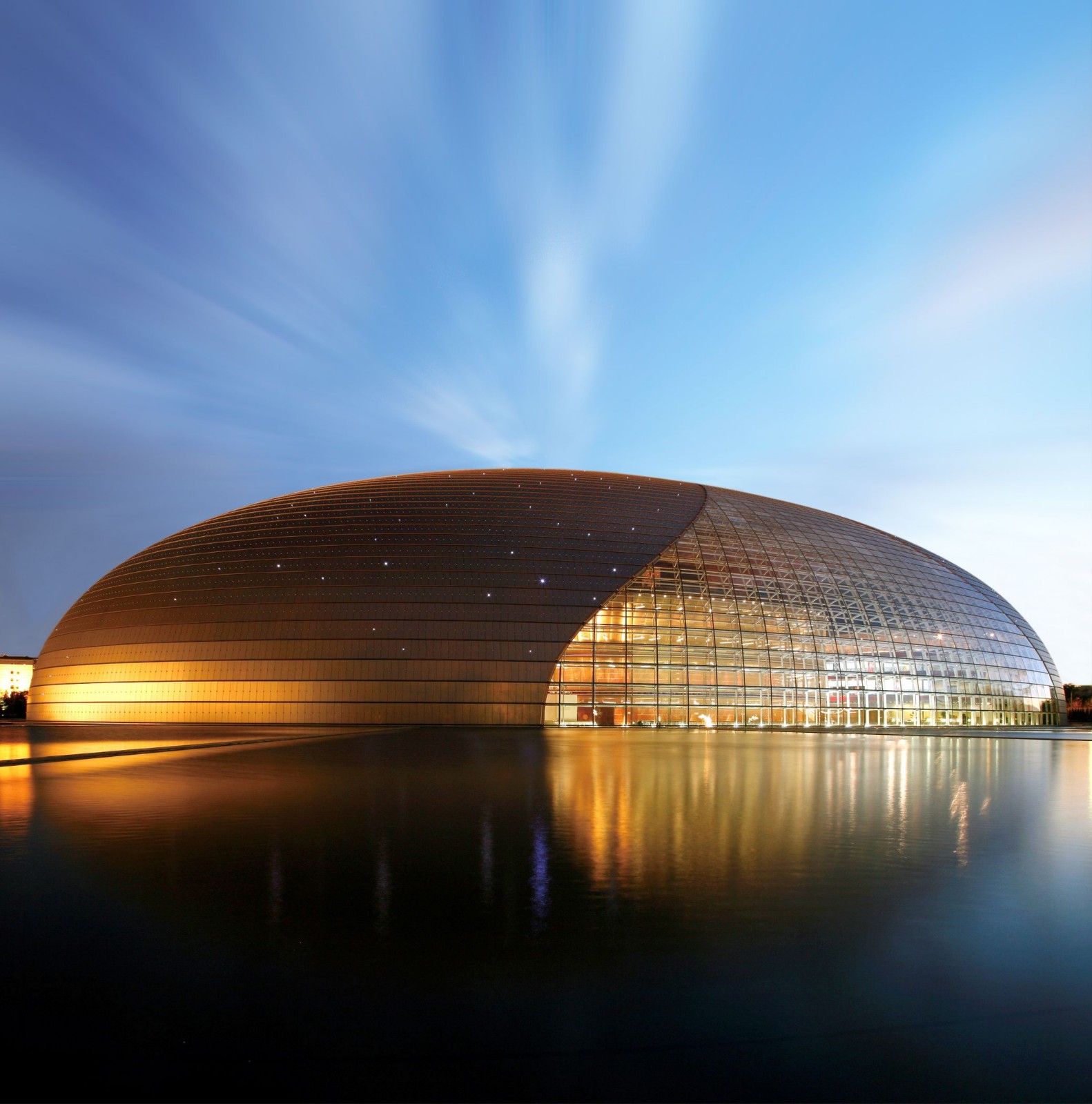 The National Centre for the Performing Arts (NCPA) and colloquially described as The Giant Egg, is an arts centre containing an opera house in Beijing, People's Republic of China. The Centre, an ellipsoid domeof titanium and glass surrounded by an artificial lake, seats 5,452 people in three halls and is almost 12,000 m² in size. It was designed by French architect Paul Andreu. Construction started in December 2001 and the inaugural concert was held in December 2007.

The exterior of the theater is a titanium-accented glass dome that is completely surrounded by a man-made lake. It is said to look like an egg floating on water, or a water drop. It was designed as an iconic feature, something that would be immediately recognizable.

Read more infoThe location, immediately to the west of Tiananmen Square and the Great Hall of the People, and near the Forbidden City, combined with the theatre's futuristic design, created considerable controversy. Paul Andreu countered that although there is indeed value in ancient traditional Chinese architecture, Beijing must also include modern architecture, as the capital of the country and an international city of great importance. His design, with large open space, water, trees, was specially designed to complement the red walls of ancient buildings and the Great Hall of the People, in order to melt into the surroundings as opposed to standing out against them.