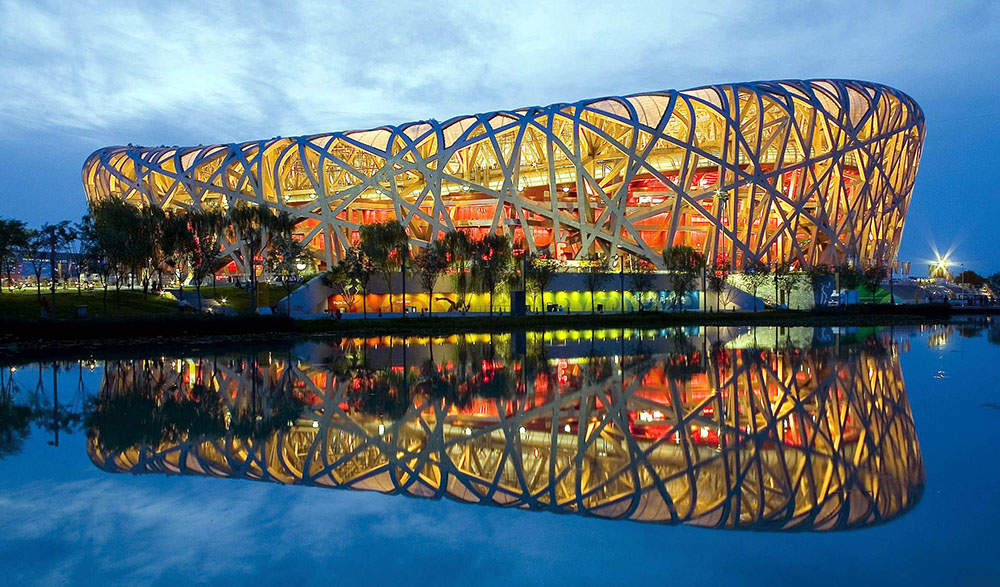 The National Stadium is situated in the Beijing Olympic Green. During the Beijing 2008 Olympic Games, the opening ceremony, closing ceremony, track and field meets, and men's football final will be held here. It is the world's largest steel structure and the most complex stadium ever constructed. Its design had to be inspiring and be able to withstand an earthquake. So 'light weight' was combined with strength in 110000 tons of a new grade of steel,the purest ever developed in China, including 36km of steel struts. It has been a landmark and a longstanding symbol of the Olympics. It is "one of the key engineering marvels in the world today.

one of the largest aluminum profile manufacturers in Asia. Since IT was founded in 1991, the company has been committed to high, refined, sharp aluminum extrusion profile design and manufacturing, through years of unremitting efforts and insisted that the aluminium products from a single building doors and Windows, curtain wall aluminum expanded to include all kinds of industrial profiles, aerospace, rail transportation, automobile manufacturing, electronic appliances, communication technology, IT and other areas, products all over the world.